Chuck Patterson Toyota is a great example of the potential that private party acquisition has for dealerships. By utilizing our platform and buying tactics, they were not only able to reduce their reliance on trade-ins, they were able to increase their Total Gross Profit for the year and gain new customers in the process.

Chuck Patterson Toyota is a franchise dealership in Chico, California. Winner of numerous awards including Toyota's highest honor, The Prestigious Presidential award. They have been Family owned and operated since 1966.

The management at Chuck Patterson Toyota knew that there had been a rise in private party auto retail in their market. Buyer’s were no longer making their purchases from dealerships and the for-sale-by-owner market was absorbing the customer base.

Chuck Patterson Toyota wanted to expand their acquisition model beyond relying on trades for their used car inventory. It was hard to track or predict the number of trades that came in on any given month. They were tired of playing defense and wanted to take an offensive approach.

The Solution: Absorbing the market

Chuck Patterson Toyota understood that the other dealers in their market weren't their only competition; “Bob” and “Larry” down the road buying and selling their cars from each other were a larger threat. The solution was to absorb the market and become the primary source for used cars in their area.

VETTX helped them build, scale, and perfect a team of buyers and bookers so they could be self-sufficient and didn't have to rely on anyone for the success of their store. 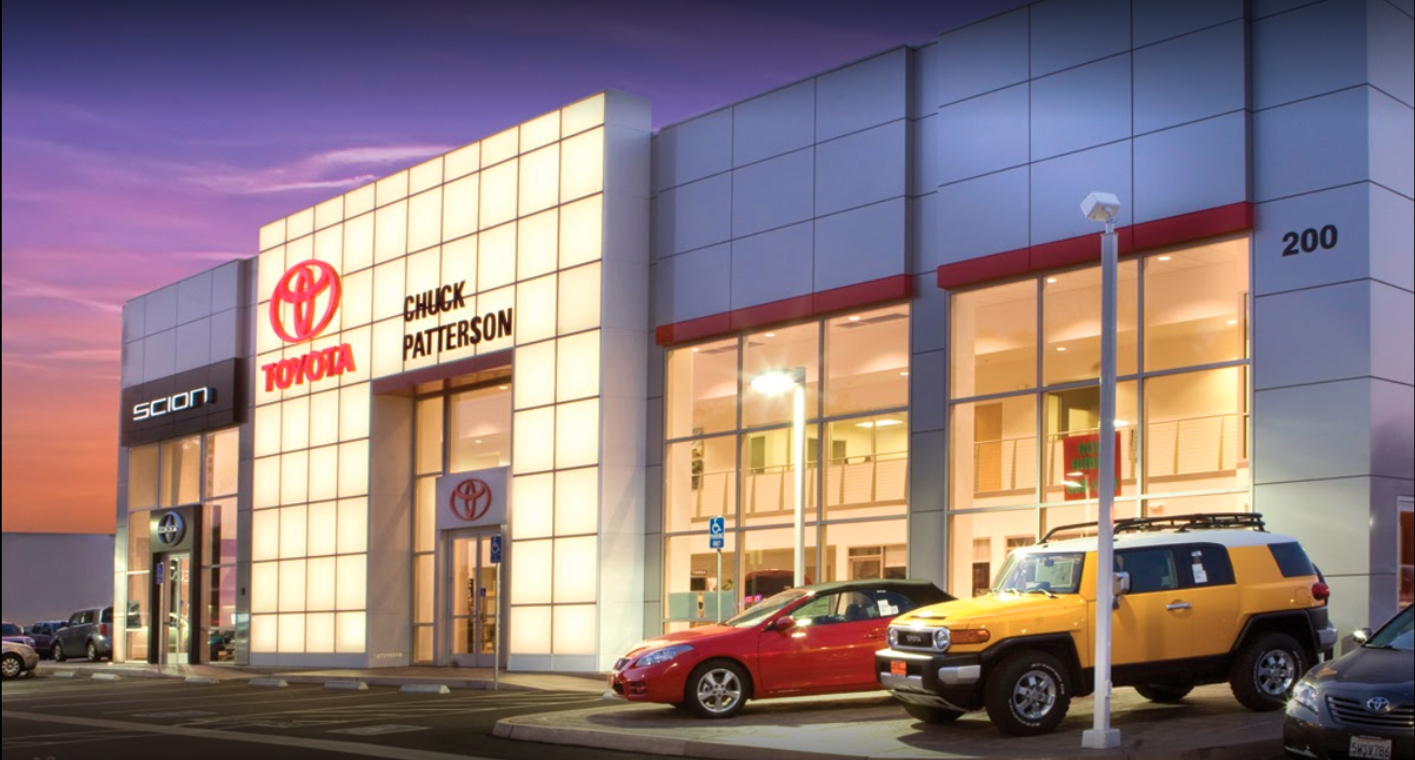 “ VETTX has helped us in many ways, when inventory was tight and most of our competitors had no inventory to speak of, our lot was full. We were able to maintain over 100 used cars at all times. ”

Learn how they were able to add over $4.5 Million in gross and added over a 1,000 vehicles to their used car departments bottom line with VETTX.

McGovern didn't know where to start, they knew they needed to be pursuing private party leads and didn't know how they were going to do it successfully without having to hire an army. Before VETTX the only private party cars they were buying were ones that came to them.

When leads did come in there was no organization. They didn’t know if they should integrate them into their main CRM or keep them separate. Many of them eventually ended up falling through the cracks.

On top of that there was growing competition at the auctions. Prices were becoming too high for their taste as well as all the fees that are associated. Also, when they did buy a car, they would get a “cookie cutter” car according to Kilgarriff. The cars also weren't the most cleanly he has seen. They would have to spend time being reconditioned. And when you add all the up, the Increasing prices, the little-to-none variety, and the high recon, you can expect why Tom and team were not satisfied. 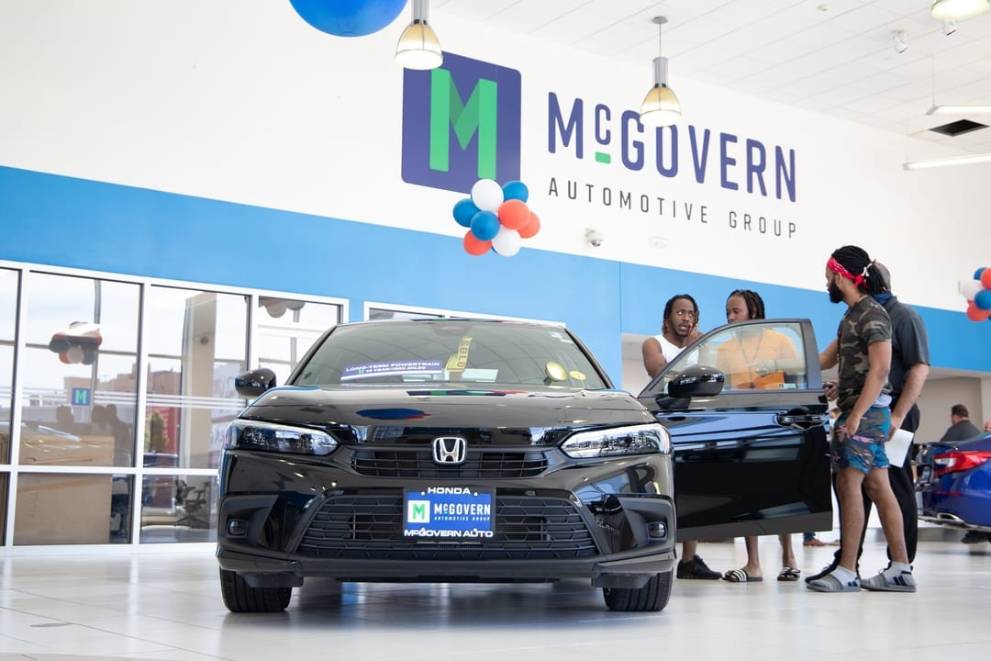 The Solution: Commit to Acquisitions

When Tom first signed on with VETTX he was a one man band. Once he started to understand the potential of this tool and started putting dedicated employees to the platform, they started putting up some impressive numbers. Today, they continue to buy upwards of 30 cars per month. One reason they are doing so well on the platform is the fact that their team is committed to this acquisition strategy. They are going all in, even hiring a whole fleet of drivers that appraise, and pick up cars across multiple states.

In this game, good organization is critical. As Tom said, sometimes these sellers aren't ready to sell right away. They might need a week or two to finally come down on their asking price. Without diligent notes and organization that lead slips away. But with VETTX when that lead comes back they know exactly what was offered, when they offered, and any and all additional notes particular to that seller. With this method Tom and team is able to absorb so many vehicles that most dealers would not.

Tom also mentioned that they can communicate better within the platform. He and his team can be on the same page as far as what cars they want, don't want, or need and what they are willing to offer to each seller.

A Lot of these sellers actually turn into buyers. The ones that really enjoyed selling their vehicle to us, will come back when looking for their next vehicle. “We’ve also seen people sell their car to us, and then refer their friends or family to us to sell their vehicle or buy one of ours.

Learn how Royal Moore Metro Single Point Made Close to $100k in only one month using the VETTX Private Party Acquisition Platform.

Royal Moore is a franchise dealership with four locations just outside of Portland OR. We came in contact with them at the 2019 NADA Show in Vegas. We interviewed Karen Wood, one of the buyers at Royal Moore. Karen explained one of the reasons they were looking for other sources of used inventory was because at any given time they can have 650 Cars on the ground that will need constant replacement.

Karen was frustrated with going to the Auction because they never really knew what they were getting. The pictures she sees of these vehicles at the auction are the pictures that they want her to see. And when these vehicles would show up at her store, there could be a plethora of issues, hail damage, front bumper missing, etc. 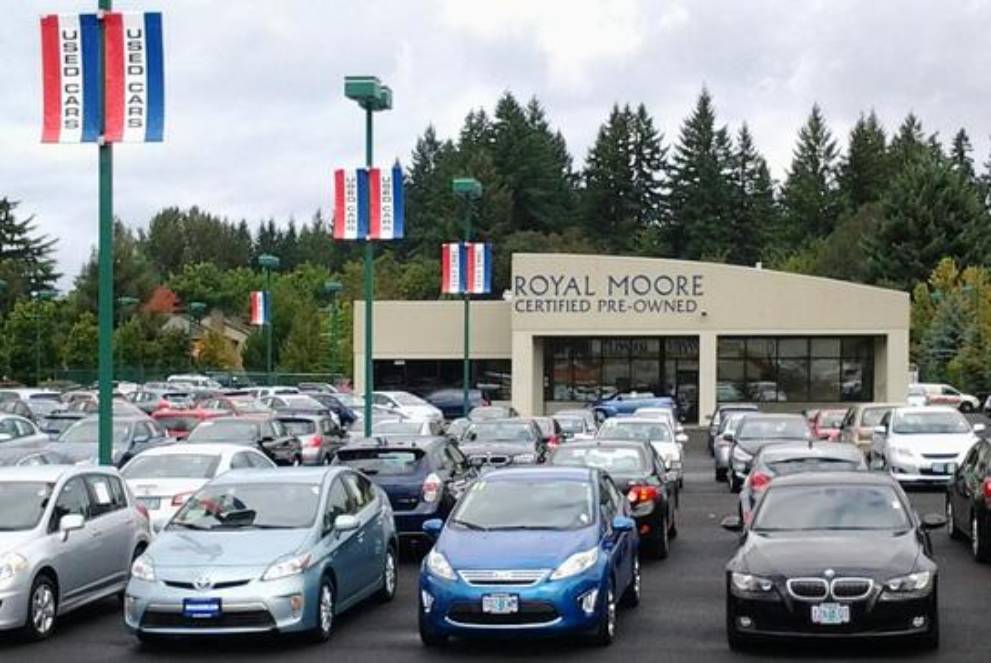 “It takes the question mark out of it, I know what I’m getting”

VETTX allows Karen to spend her time on more important tasks at hand, rather than searching classified ads in hopes of maybe finding a vehicle that meets her parameters. In a click of a button VETTX is able to pull vehicles into Karen's platform from multiple different marketplaces.

what you want to know

Have more questions for us or need some clarification on a part of our process or service, get ahold of us! One of our reps would be happy to walk you through every step of the process or provide any support needed.

Do you set appointments for me, or do we do it ourselves?

Your team will be in full control of setting appointments, with confirmation emails that will go out on both the dealer and seller ends.

Do you charge a per car fee, or is it a monthly subscription?

We charge a flat monthly fee and allow all of our clients to purchase as many vehicles as they want.

What inventory sources do you pull from?

We currently pull from Facebook Marketplace, Craigslist, CarGurus and AutoTrader with plans to add additional platforms in the future.
vettx university

How Dealerships can Master Vehicle Acquisition

schedule a demo today
we want to show you

Get a personalized 1-on-1 demo for your dealership

One of our reps will show you exactly how we do what we do. Our demo will give you a preview of our software and the systems behind it.

What we will show you:

If you have any questions or aren't quite ready for a demo feel free to shoot us an email or give us a call direct. 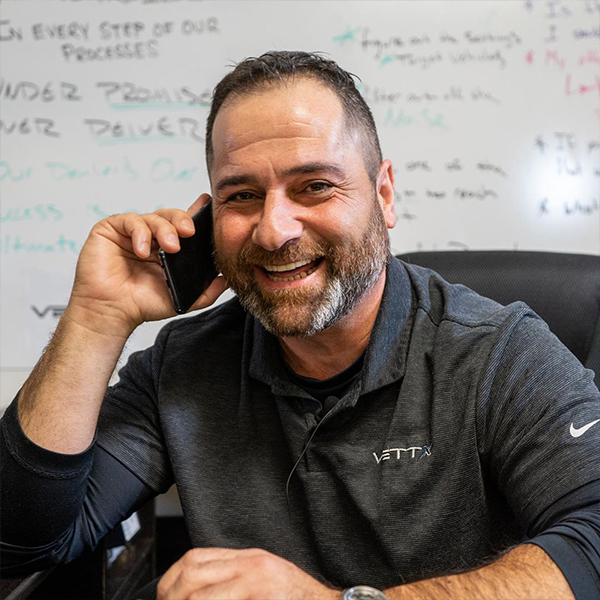 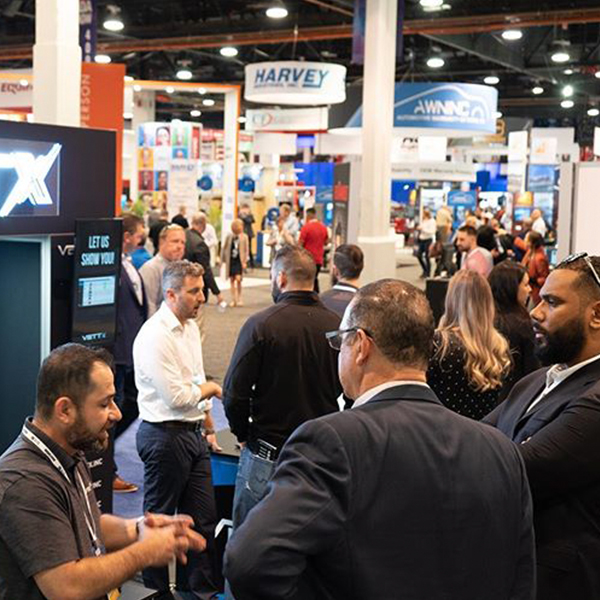 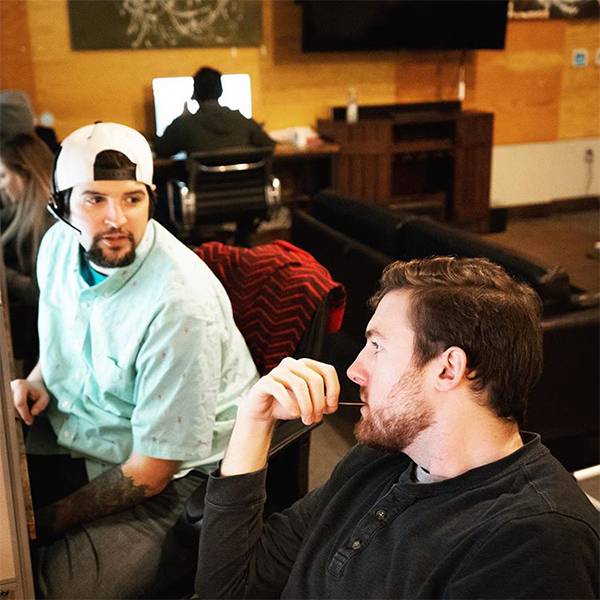 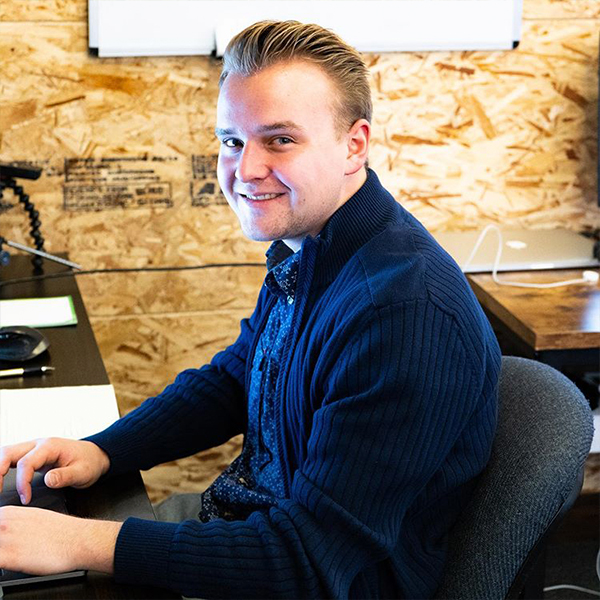 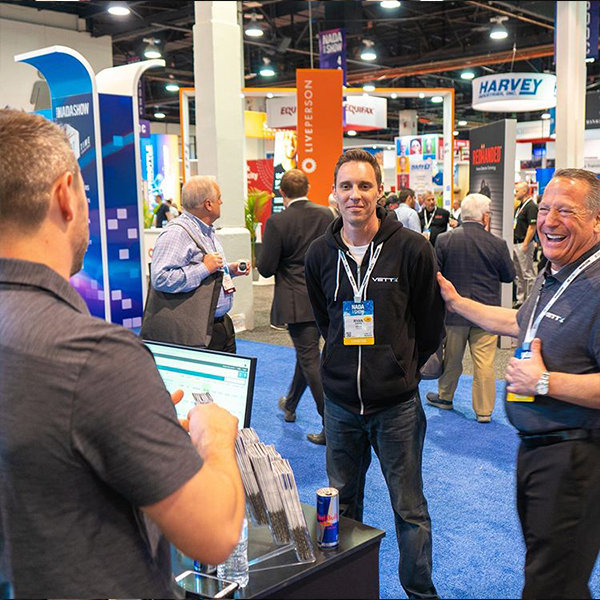 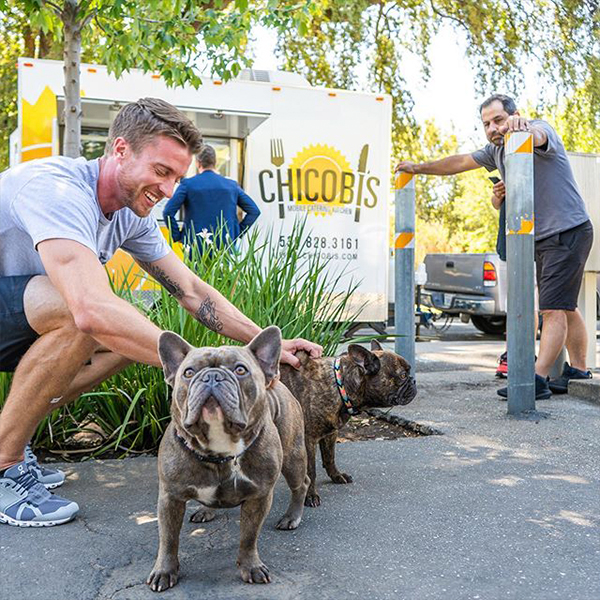